Dr. Rappaport graduated from and completed his medical training at The George Washington University School of Medicine and Health Sciences, and is board certified in neurology and sleep medicine. 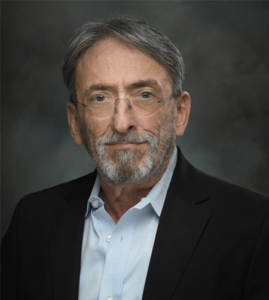 In 1994, after four years on the faculty at George Washington, he joined the neurology division at the FDA’s Center for Drug Evaluation and Research, where he spent the first few years developing expertise in drug regulatory science, drug product development, and clinical trial design and analysis. In 1998, Dr. Rappaport was asked to become a team leader in the FDA division responsible for the analgesic, anesthetic, and addiction drug products, an opportunity well suited to his long-standing interest in improving pain management. He was promoted to Deputy Division Director later that year and Division Director three years later. He remained in that position until he retired from FDA in October of 2014.

As director of the Division of Anesthesia, Analgesia, and Addiction Products, Dr. Rappaport led a large team of physicians, scientists, and regulatory project managers to oversee the investigation, development, approval, continued safety, and safe use of drug products to treat pain and addiction disorders, as well as drug products used in the setting of clinical anesthesia. During his 12 years as division director, he was responsible for numerous innovations and important initiatives. He was an advocate for the development of novel analgesic, anesthetic, and addiction drug products throughout his tenure, and instituted new standards for the study of these drugs. He has also been an active member of the IMMPACT (Initiative on Methods, Measurement, and Pain Assessment in Clinical Trials) consensus group since its inception. In 2010 he worked within FDA to build the ACTTION (Analgesic, Anesthetic, and Addiction Clinical Trial Translations, Innovations, Opportunities, and Networks) public-private-partnership, which was initially designed to advance the field of analgesic drug development by improving analgesic clinical study design, conduct, and analysis. This highly successful initiative was later expanded to include improving the study and development of anesthetics and drugs to treat addiction and peripheral neuropathy. Dr. Rappaport was centrally involved with the FDA’s continued efforts to encourage and assist in the development of abuse-deterrent opioid formulations, and with his staff he completed an updated guidance for the pharmaceutical industry on the development of analgesic drug products.

Dr. Rappaport established a second public-private partnership called SmartTots (Strategies for Mitigating Anesthesia-Related neuroToxicity in Tots), which was developed to address the need for extensive clinical and preclinical research on the potential for neurotoxicity to occur when children are exposed to anesthetic and sedation drugs. SmartTots has been a key effort in the promotion of increased attention to and funding for research related to this critically important public health concern.

In 2013, Dr. Rappaport received FDA’s Lifetime Achievement Award for his contributions to the anesthesia, analgesia, and addiction fields by accelerating the discovery and development of new drugs with improved efficacy and safety. In May of 2015, Dr. Rappaport received the 2015 John and Emma Bonica Public Service Award from the American Pain Society. The Bonica Award recognizes distinguished contributions to the field of pain through public education, dissemination of information, public service, or other efforts that further knowledge about pain.

At MMS, Dr. Rappaport supports and advises clients on scientific and policy issues; he also guides and reviews work from internal MMS scientists as they draft regulatory submissions and other documents, including briefing documents.